PreviousNext
Join us for a talk at Oundle Library on Saturday, 2 November at 2.30pm 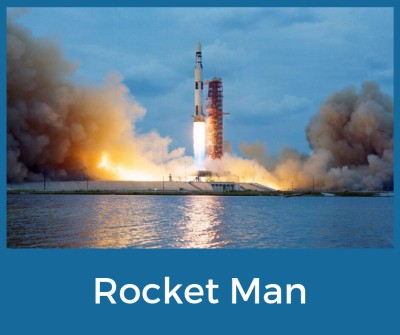 Recent celebrations to mark the 50th anniversary of the Apollo II moon landings were a reminder that while spaceflight nowadays seems almost commonplace, the technology is relatively recent.

On Saturday, 2 November at 2.30pm there will be a talk at Oundle Library on the extraordinary career of aerospace pioneer, Wernher von Braun.

Graham Evans, of Oundle U3As Military History Group, will look at the life of this German scientist, who started out developing weapons for the Nazis in World War II and ended up being recognised as one of the world’s greatest experts on rocketry and space travel.

Von Braun achieved early notoriety as one of the scientists who developed the V2 rocket, which was used to such devastating effect as a weapon by the Nazis. At the end of the war he surrendered to the American Army and went to work in America. There, as part of the US Rocket Programme, he developed ideas for space travel, designing the Saturn V rocket and then leading the Apollo space programme to success, before becoming NASA’s Head of Planning.

Tickets for the talk cost £5 and are on sale at Oundle Library. To book your place either visit the library or email oundlib@firstforwellbeing.co.uk. The event is being organised by the Friends of Oundle Library and refreshments will be available.