I spy with my little library card...

PreviousNext
Espionage thrillers are as popular as ever. But as real-life events from Istanbul to Salisbury show, factual stories of intrigue, betrayal and secret agents can outdo any fiction. 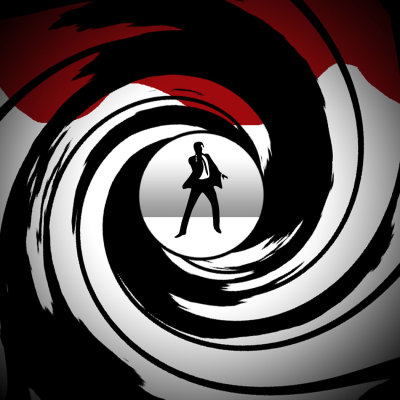 This is the first of a series of blog posts about non-fiction books on the subject of espionage and spies.

With Bodyguard, Berlin Station and a heart-thumping dramatisation of John Le Carré’s The Little Drummer Girl on our TV screens this year, espionage thrillers are proving as popular as ever. But as real-life events from Istanbul to Salisbury and beyond also show, factual stories of intrigue, betrayal and secret agents can outdo any fiction.

The shelves of our library provide lots of true-life espionage delights for the curious reader, many of them to be found, interestingly, on the shelves marked ‘Politics and Careers’. Perhaps Oundle has more wannabe secret agents than anyone realises!

Here’s just a small sample of what’s on offer.

One for your inner espionage geek. Even today, in the age of uncovering global terrorism plots and resurgent espionage by hostile nations, most people struggle to answer the question, ‘What is GCHQ?’

The successor to the famous wartime code-breaking centre at Bletchley Park in Milton Keynes, The Government Communication Headquarters (as it is somewhat inoffensively known) is one of the world’s most sophisticated gatherers of intelligence.

“GCHQ is the last great British secret. For more than half a century [GCHQ]...has been the nation’s largest and yet most elusive intelligence service... GCHQ now plays a leading role in shaping Britain’s secret state and in the summer of 2003, it relocated to a spectacular new headquarters [in Cheltenham] that constituted the single largest construction project in Europe. Today it is more important than ever—yet we know almost nothing about it.”

Professor Aldrich does his best to give chapter and verse on this most secret of secret agencies and its shadowy role. On the positive front he acknowledges that since 1993 the government has been working at its commitment to be more open and transparent about its intelligence services.

MI6: Life and Death in the British Secret Service
by Gordon Corera

Written by the BBC’s eminent security correspondent, Gordon Corera, this takes up the history of the Secret Intelligence Service, better known as MI6, since the end of the second world war. Considering that the current head of MI6 now makes public appearances, Corera reminds us that it’s not so long ago when the government would not even admit to its existence.

Corera starts by highlighting the shadowy nature and moral ambiguities represented by the work of MI6, which is tasked with spying missions abroad. One unnamed former Chief of MI6 told him '"We act within our own law—British law," he explained, "but our relationship with other people’s law is – interesting."'

The author also makes the connection between fact and fiction in the world of British spying.

'… MI6 references itself in part by the fictional world, not least because many of the great British spy-thriller writers like Graham Greene, John Le Carré, and Ian Fleming were intelligence officers themselves, who to varying degrees, drew on their own experience.'


The New Spymasters
by Stephen Grey

Grey starts off with a helpful glossary of terms, which includes this stark entry under B: ‘Betrayal—in order to gather intelligence, a spy must inevitably betray someone.”

And under F you can find: 'False flag—a trick used by a secret service to make a secret agent think he is being recruited by another country’s service.'

So it’s not easy to trust anyone then?

To show how dangerous and dramatic the modern spy world is he starts off with the story of the ‘exploding’ spy – a Jordanian named Humam-al-Balawi. In 2009 the CIA thought they were recruiting him as an agent to help them find and target Osama Bin laden.

When he entered the American base at Khost in Afghanistan in December of that year he was eagerly greeted by seven CIA agents and their Afghan driver. When he got close enough, he blew himself and everyone else up with a hidden bomb. One of those killed was Jessica Matthews, one of the CIA’s leading experts on Al-Quaeda. She had so much faith in Balawi that she had even made him a birthday cake.

'On a marble wall back at CIA headquarters in Langley, Virginia, they carved seven more stars. Seven more of their comrades killed in the field of action. Since the terror attacks of 11 September twenty-five stars had been added. Welcome to the deadly world of spycraft.'

This is the first of a series of articles looking at non-fiction books on the subject of espionage and spies. The next article will follow soon…