PreviousNext
If you’d like to astound your friends and family with your local knowledge, there’s a section of our library you must visit ... 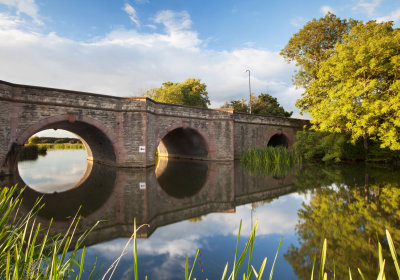 There’s a quiet little corner of our library which many people may pass by, but which is definitely worth a concentrated browse. On two walls near the back window are two three-tiered shelves containing books about Oundle, Northamptonshire and neighbouring areas. If you do a library network book search you’ll discover more than 6,000 results for books about Northamptonshire and 231 just for Oundle.

The range and depth of knowledge they contain seems truly astonishing, and an indication of the affection and interest that writers have for our unassumingly beautiful, genteel and friendly corner of England. Although there are some modern titles, the collection definitely tilts towards the historical.

There is far too much to cover in a blog post like this, but suffice it to say that it’s worth sparing a few minutes of your time to peruse this section… if only to astound your friends and family with your local knowledge!

One of the most recent compilations of tales of local people is A Collection of Oundle Families by Margaret Brewster, published in 2016. Margaret was born in Oundle and spent her childhood here. Her history begins with a joyously Dickensian flourish quoting from the Northampton Mercury dated 22nd December 1827 under the title ‘The New Oundle in 1827’.

“We have at length to announce the completion of the improvements in the town of Oundle. This once old-fashioned town, with its sombre houses, narrow and dirty streets and dangerous pavements, is now completely metamorphosed, that those who have not visited since the alterations commenced will scarcely recognise it."

How would the writer feel about Oundle now, with its plethora of cars, coffee shops, and suburban housing estates?

Margaret Brewster starts her book with the Afford family, whom she is able to trace from at least the 1600s into the 1900s. The family carried on the working tradition of stone masonry for many generations, and like most families, they had their ups and downs. Some ended their days in the Workhouse on Glapthorn Road. And in 1828 we learn, thanks to the Stamford Mercury, that George Afford of Oundle was convicted for ‘leaving carts and wagons standing in the public street, contrary to the provision of the Oundle Improvement Act.’

Ernest Afford, who was a solder in the 1st Battalion of the Northamptonshire Regiment was killed in action in Flanders during 1916, having only signed up six months prior to his death.

Another well-known Oundle clan is the Cottons, having until very recently run the shoe shop in Market Place that bore the family name (now called North’s). It had been the oldest established business in Oundle when it was sold in 2017. A lot of Cottons’ business in the early days was making boots and doing repairs. Eb Walton, who worked for the family before going to set up his own shoe business, used to cycle around the local villages in the evenings, picking up and delivering repairs. He became known as ‘The Midnight Cobbler.’

Oundle’s War by retired Oundle School teacher, Michael Downes, is a very accessible portrait of Oundle during the second world war. It’s based on the author’s own research and more than 20 interviews carried out by pupils from Oundle and Prince William Schools.

In Barnwell by the late Paddy Kitchen (Hamish Hamilton 1985) this well-known and celebrated novelist tells the contemporary story of life in the village which became her adopted home. Illustrations by renowned local artist Carry Ackroyd.

And Summer on the Nene by the legendary BB (DJ Watkins-Pitchford) is about a quiet summer on a water-borne exploration of the flora and fauna of our cherished local river.

Finally, Northamptonshire Folk Tales by Kevan Manwaring (The History Press) tells tall tales and otherwise of the county including ‘The Great Fire of Northampton’, ‘The Dun Cow of Stanion’, and ‘The Ghostly Lover of Boughton Green’. Who could resist those titles? All are told with a twinkle in the mind’s eye of the writer (who grew up in Northampton near Delapre Abbey). Some are based on myth and legend, and some have roots in real history. But they all have the power to charm in a subtle almost imperceptible way – a bit like Northamptonshire itself!
Monsieur T